Today I decided to publish a first early beta release (v0.1.0). There might be some hilarious bugs (or features) in the current version and not all features are yet implemented, but should be a working tech demo! If you are interested you can give it a shot. Feel free to report bugs and/or contribute to this little project if you want to.

The documentation is available on readthedocs.io but needs some more attention from my side. Not all functions are documented, nothing is proof-read, and some pages are still empty (e.g., the usage examples). I’ll try to work on it as soon as possible.

What the package does

The colorspace provides some handy functions to create and use effective color maps for scientific data visualization based on the Hue-Chroma-Luminance color space. In contrast to the widely used Red-Green-Blue color space the HCL color space is based on how humans perceive colors. The three dimensions of the HCL color space allow to directly control the three dimensions of color perception and to avoid “bad” or inefficient color maps which can, in some cases, obscure the data presented in the figures and make them hard to interpret or even mislead the readers.

The choose_palette() function provides an interactive TclTk interface to customize color palettes. Some simple demo plots allow to directly access the look and feel of the palettes. Furthermore, the interface allows to check the selected color palettes for possible issues with respect to color vision deficiencies (color blindness). 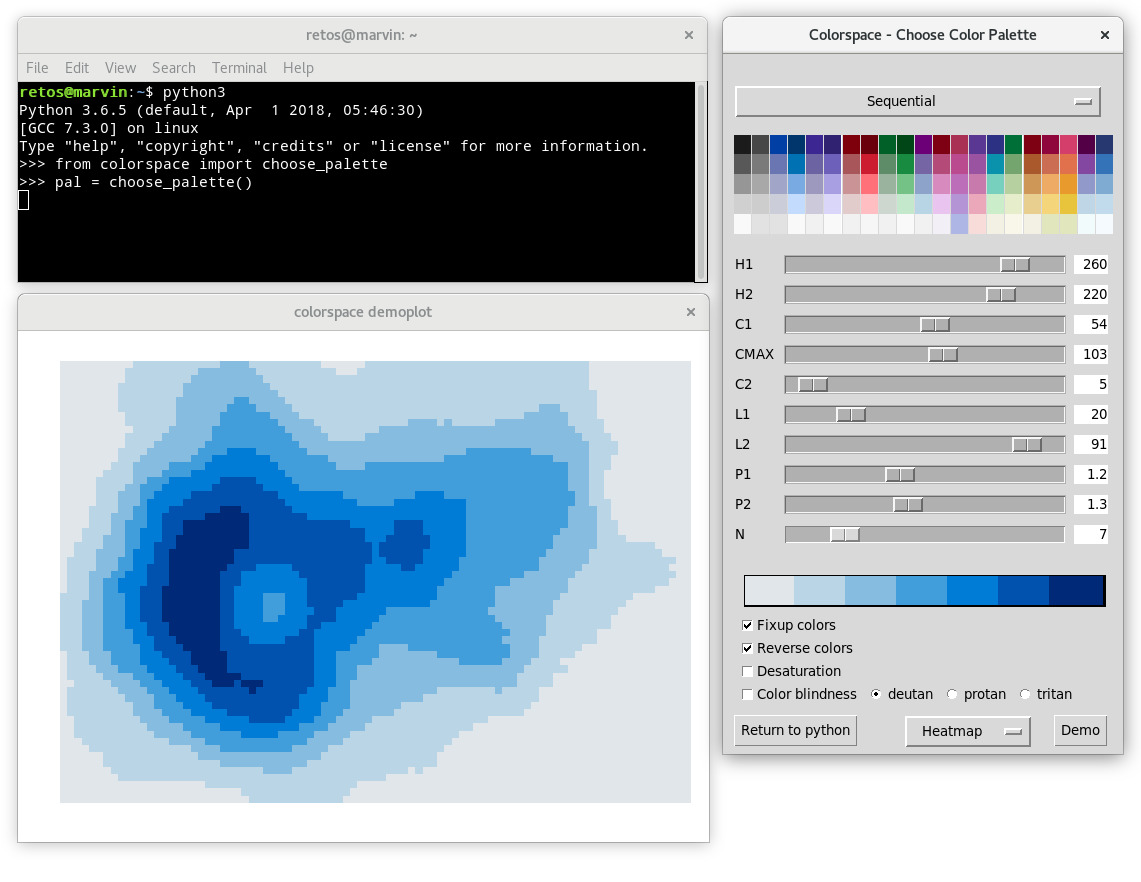 The GUI returns a hclpalette object with a range of standardized methods to draw a set of colors: 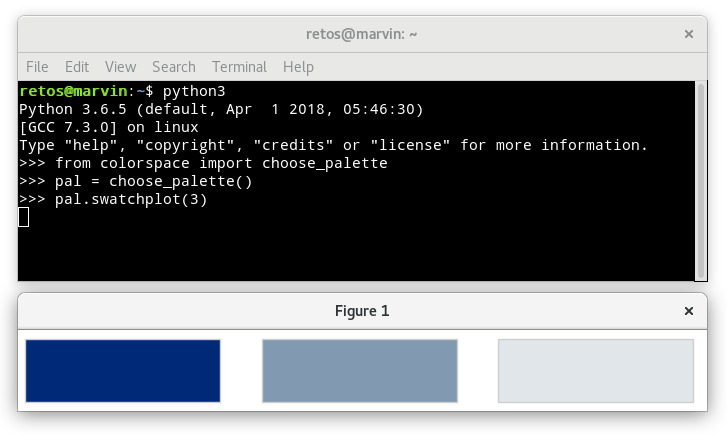 As the returned object is an object it also allows you to dynamically draw a different number of colors from the palette, e.g,. 100: 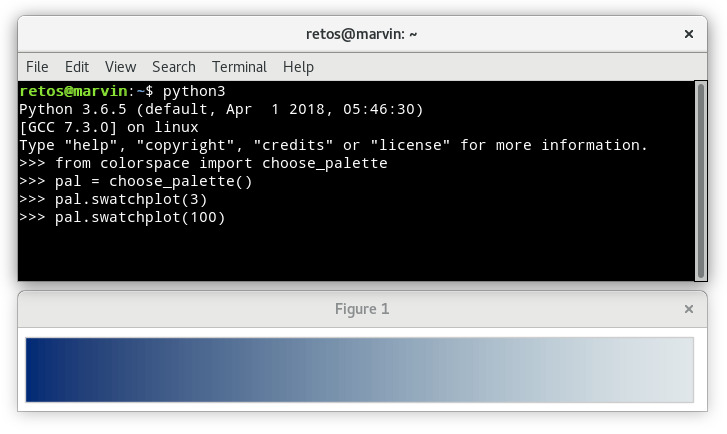 Or simply return a vector with three HEX colors. There is even a method to directly get a matplotlib cmap (matplotlib.colors.LinearSegmentedColormap).

There are some more nice features such as swatchplot and specplot to access the palette, functions to simulate color vision deficiencies (deutan, protan, tritan, and desaturate), and more. The package also includes a colorlib module which allows to easily transform colors between a set of different color spaces including hex colors, CIE-XYZ, HCL, and others.

Again, it’s a beta! You can blame me, but it would be nice to get some feedback instead :). Bug-reports and issues welcome which help to fix existing errors and to improve the package.